Girls, often aged between 12 and 16 years, from the more impoverished areas are subjected to commercial sexual exploitation under ‘prison-like’ conditions. [reference] 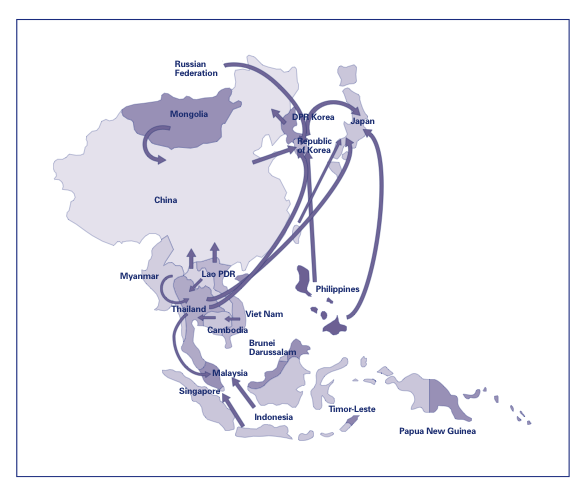 This map of Mekong Sub-region depicts a few of the sub-region’s child trafficking flows, such as:

WHY are children sold?

HOW are children trafficked?

WHAT happens once they’re with the traffickers?

Following the act of trafficking, further tactics are taken to control child victims while they are being exploited. Such examples include:

“Human trafficking is a significant problem… women are particularly vulnerable to trafficking into the forced domestic and sex industries in countries all over the world, lured by seemingly genuine job offers, but often exploited via debt bondage.” [reference]